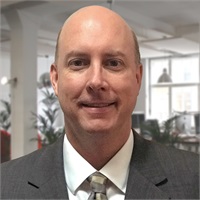 Andy joined the financial services industry to apply his business and finance skills to help you plan for, and achieve, your long-term retirement goals. He holds Series 7 and 66 securities licenses, as well as the Chartered Retirement Planning Counselor (CRPC) designation. He most recently worked as a financial advisor with Merrill Lynch and Community First Credit Union where he helped members with their financial and retirement planning needs. After several years at the credit union, Andy felt he wanted to explore opportunities for assisting clients to plan and secure their future in a more comprehensive way. This search ultimately led him to Gold Tree.

Andy earned a Bachelor of Science degree in Mechanical Engineering from Florida State University in 1992 and spent almost a decade as a Project Manager in the oil and gas industry in Atlanta and New Orleans. From there he moved to the Chicago area and attended Northwestern University where he earned a Master of Business Administration from the Kellogg School of Management and a Master of Engineering Management from the McCormick School of Engineering in 2002.

Originally from Florida’s hilly capital city of Tallahassee, Andy has lived in the Jacksonville area with his wife and two boys since 2005. He enjoys outdoor motorsports with his family and golfing and fishing with his boys. He coaches baseball and serves as the league’s Coaching Coordinator for the Little League Board of Directors in Hilliard, FL.